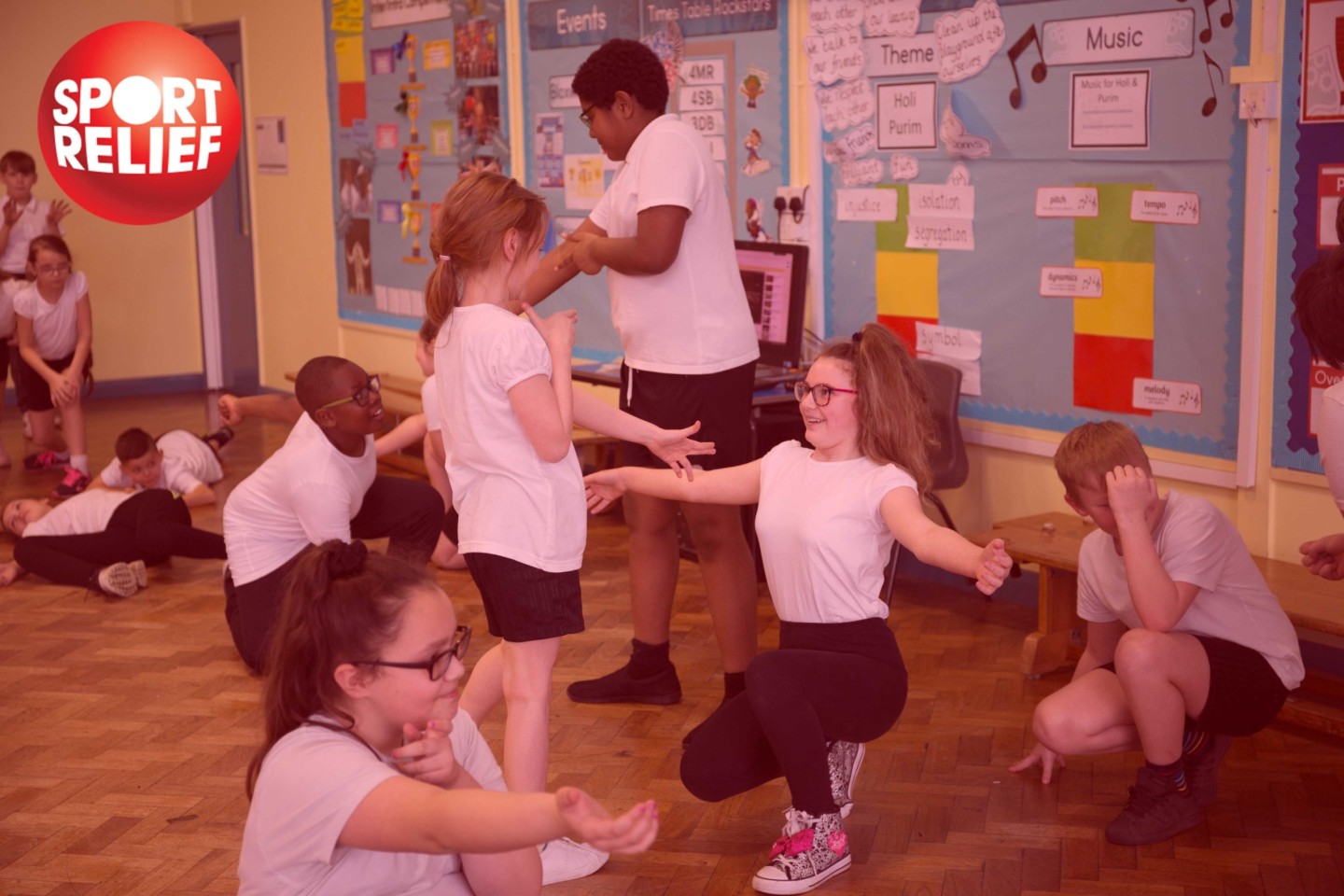 On Friday 13th March, in aid of Sport Relief, we had our very own Dance-A-Thon! The Children had the chance to showcase the dance routines they have been perfecting during PE lessons. They came to school dressed ready for the event in their PE kits ready to hit the stage and showcase their best dance moves!

A huge well done to all of the pupils involved, your dancing was fantastic! 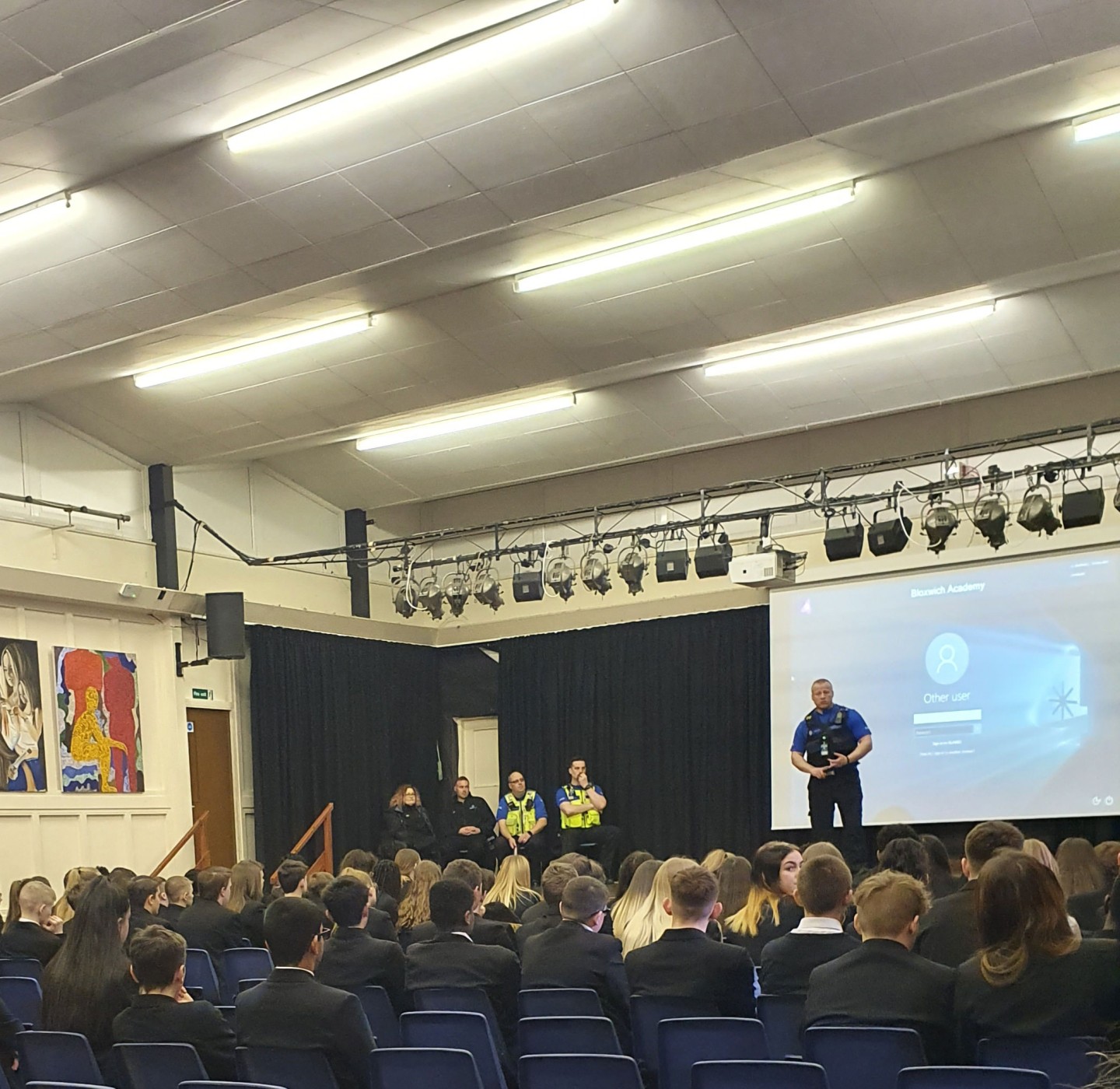 On Thursday morning, around 115 Year 9 and 10 pupils received a talk from representatives of the police force. Cadets were also invited to attend. We had Joe, Brian and Andy (PCSOs) along with Stacey and Liam (Criminologists) visiting the academy. The pupils heard about how each came to be in the job role they are in which was great to hear just before Year 9 pupils attended Options Evening later that day.

Andy spoke about some time he spent as a Prison Officer at HMP Oakwood which the pupils found interesting. We had some excellent questions from pupils that Andy answered – most were interested about the day in the life of a Prison Officer and a prisoner.

Later on, the visitors made their way up to the Sixth Form block to speak to current Criminology students. We had some very in-depth discussions about how important it is to consider mental health when dealing with potential suspects as well as rehabilitation options that the Prison Service currently offers.

The representatives of the police force spoke very highly of our pupils and said they were pleasantly surprised by how much information about the Criminal Justice System our Criminologists knew. 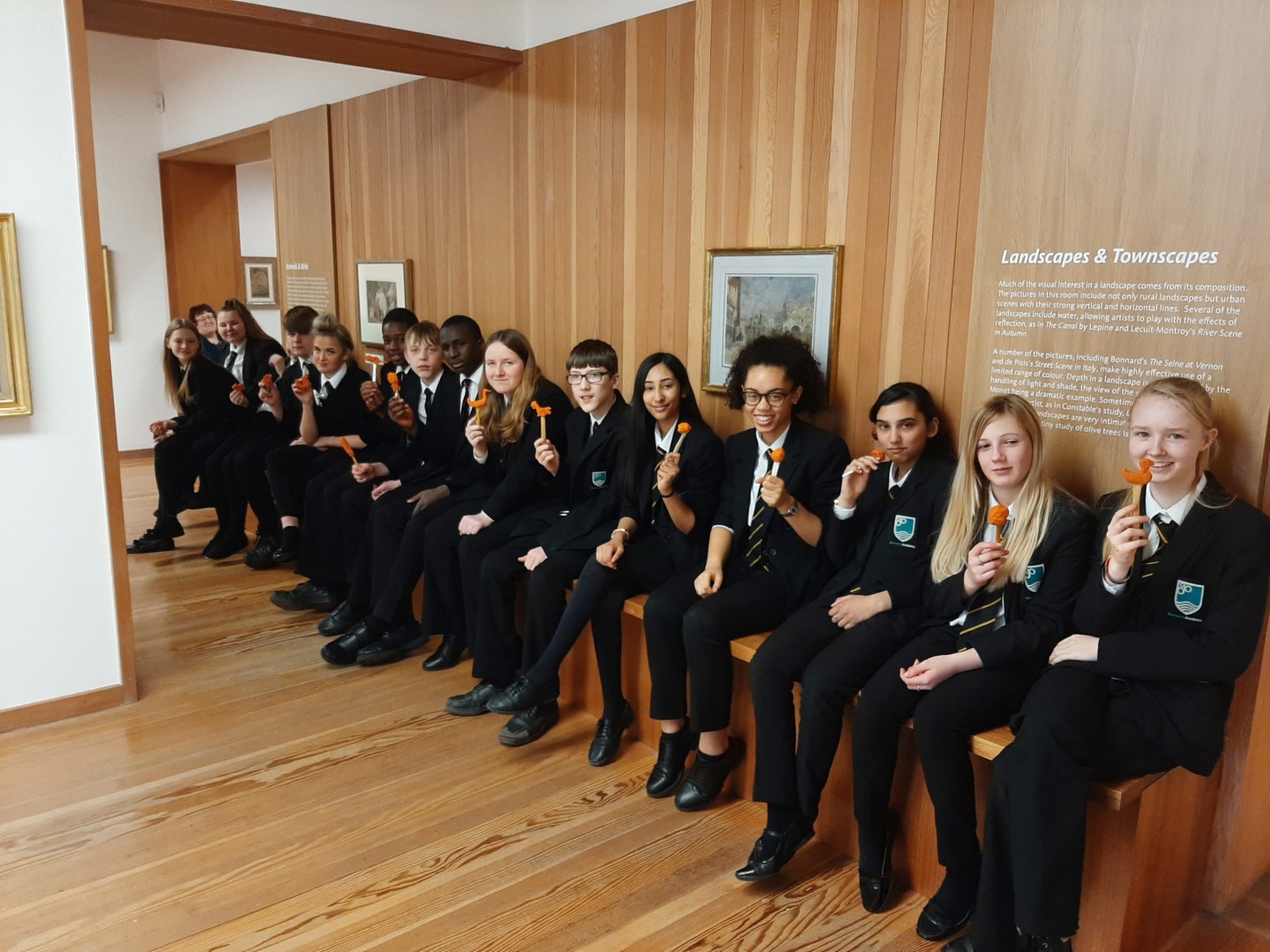 A group of some of our Year 9 high flying Arts students has the opportunity to experience workshops as part of Artsmark in conjunction with the Walsall Arts for All programme.

Pupils took part in many workshops, a tour of some galleries and some other activities linked to the Walsall Arts for All programme. This was a valuable experience and opportunity to learn from professional artists to help develop their artistic skills.

All students involved were fantastic and a real credit to the school. Students really enjoyed the experience and were so enthusiastic. They asked many questions throughout and really enjoyed all the activities. 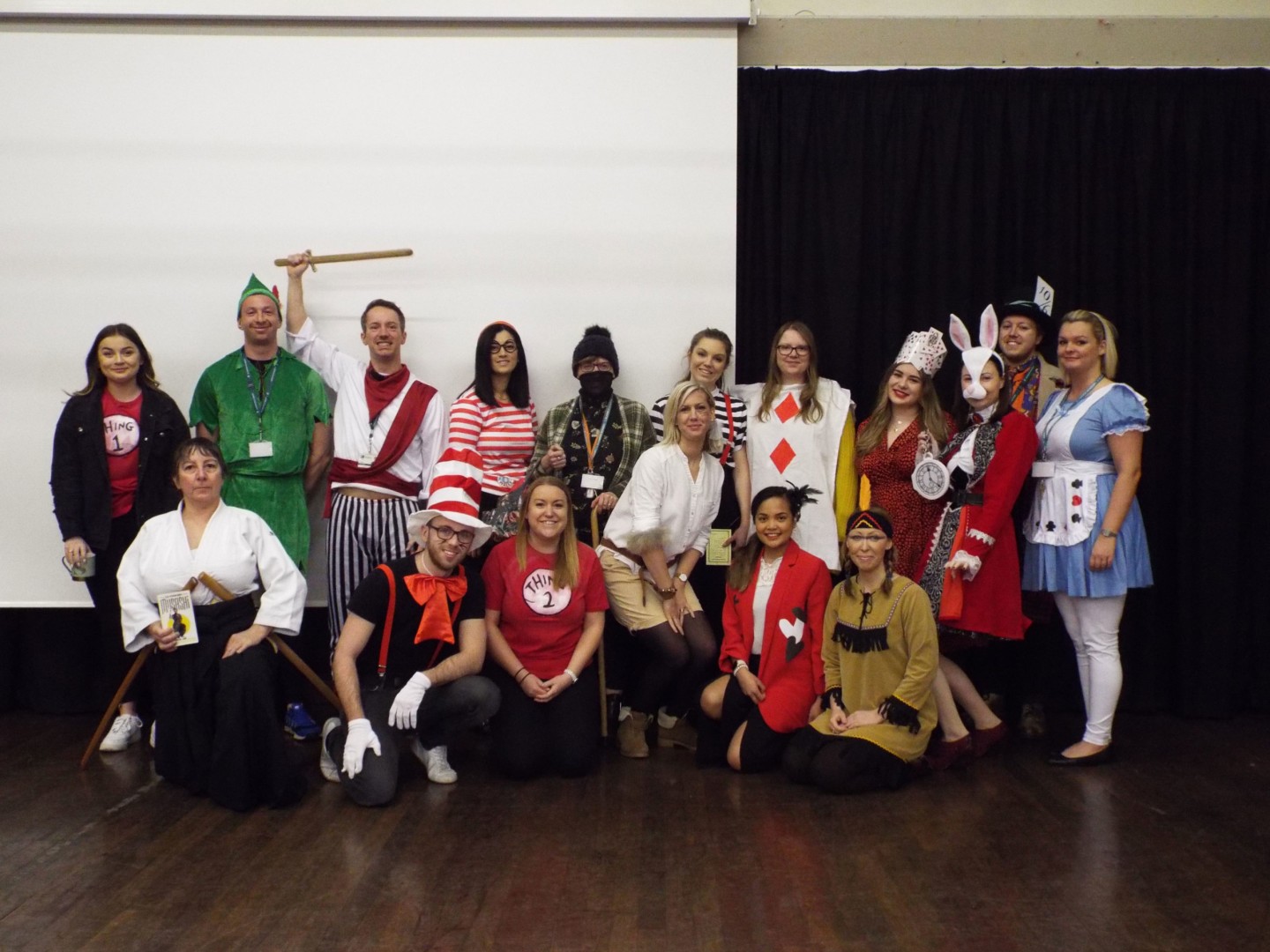 To celebrate World Book Day this year we had a very special visit from author Stuart Hill, famous for the Icemark Chronicles (children’s version of Games of Thrones). Stuart joined us to work with a number of our Year 7, 8 and 9 pupils. Together they were able to look at numerous passages to consider how an author crafts stories before attempting to create their own ghost stories.

We are looking forward to reading these entries in our very own department competition. Well done to everyone involved, you were a credit to the school. A big thank you to Stuart for taking the time to visit us.

A big thank you to everyone who took part in World Book Day through fancy dress and book sharing activities. We had some wonderful costumes! 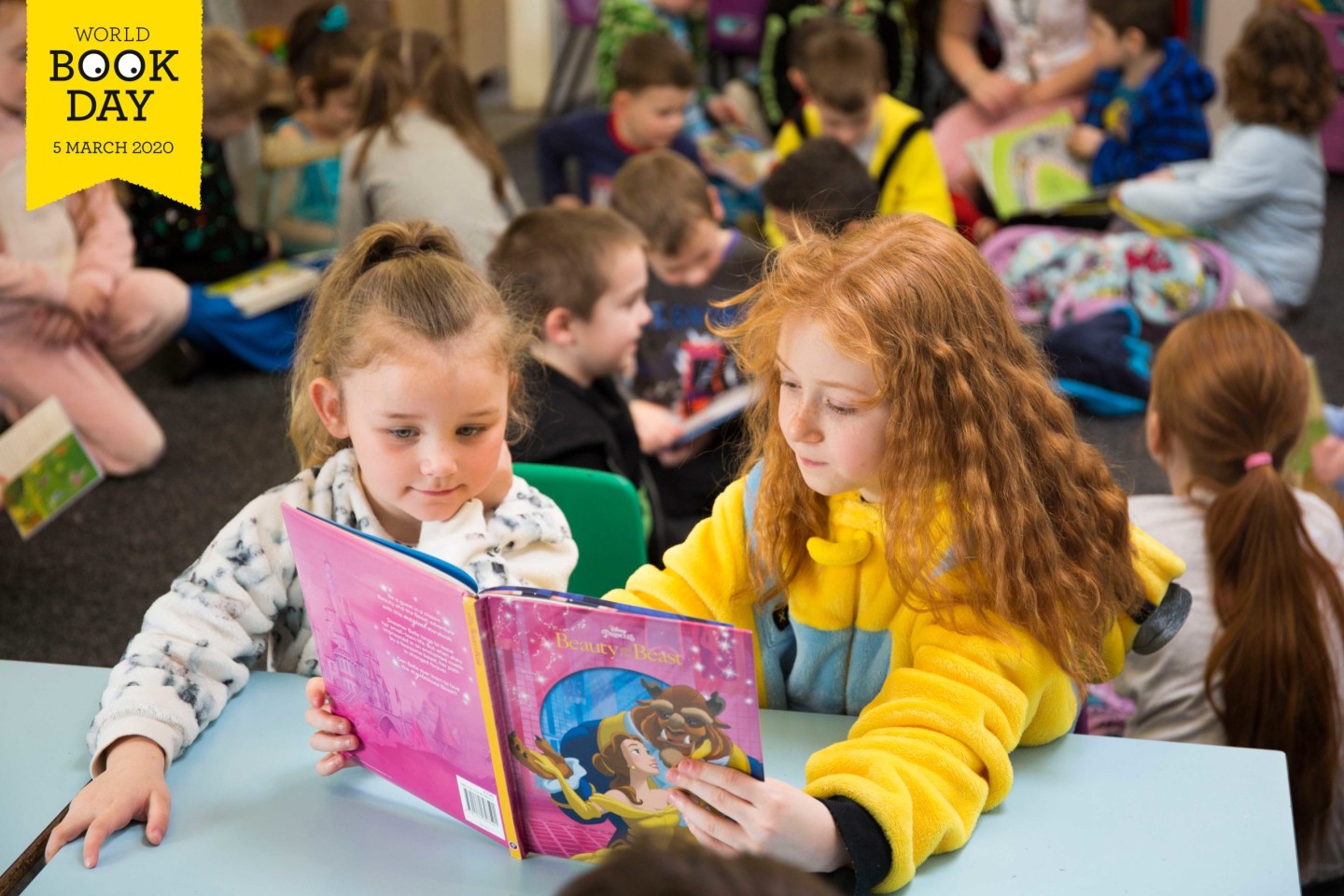 On Thursday 5th March 2020 we celebrated World Book Day! We dressed up in our pyjamas and had various activities running throughout the afternoon. Pupils got to share their favourite books with classmates as well as partnering up with different pupils in other classes to do some shared reading. We would like to thank all of our pupils, parents and teachers for participating! 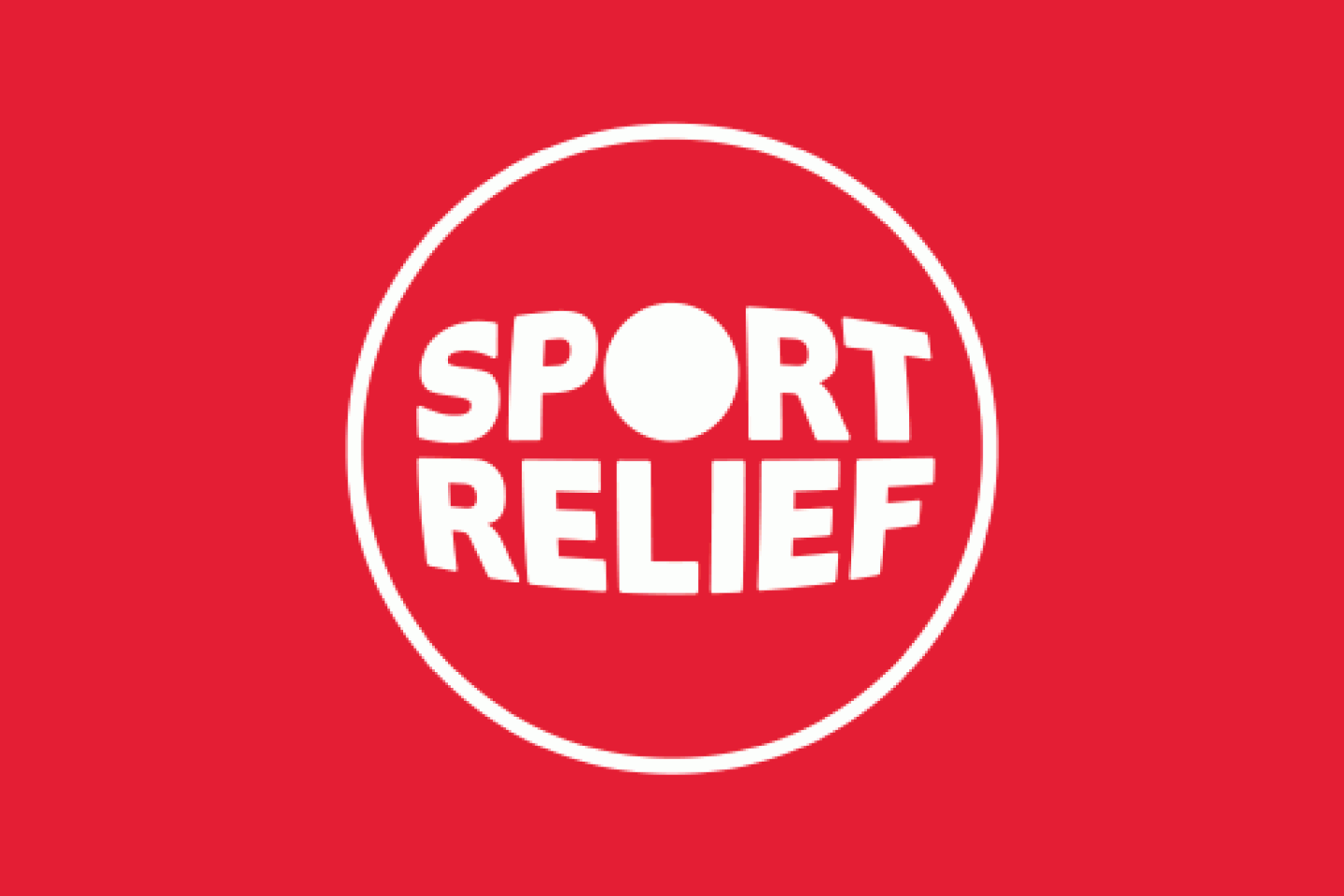 On Friday 13th March, the school will once again be joining in the fun and fundraising in aid of Sport Relief.

Children are asked to come into school wearing their PE kit and participate in a Danceathon in return for a £1.00 donation. Each year group will have a 30-minute time slot where they can let loose and show off their best dance moves, before tagging in the next group to take on the challenge.

Once the Danceathon is complete, there will be a whole school assembly in which each class will take to the stage to perform dance routines which they have been learning during PE. 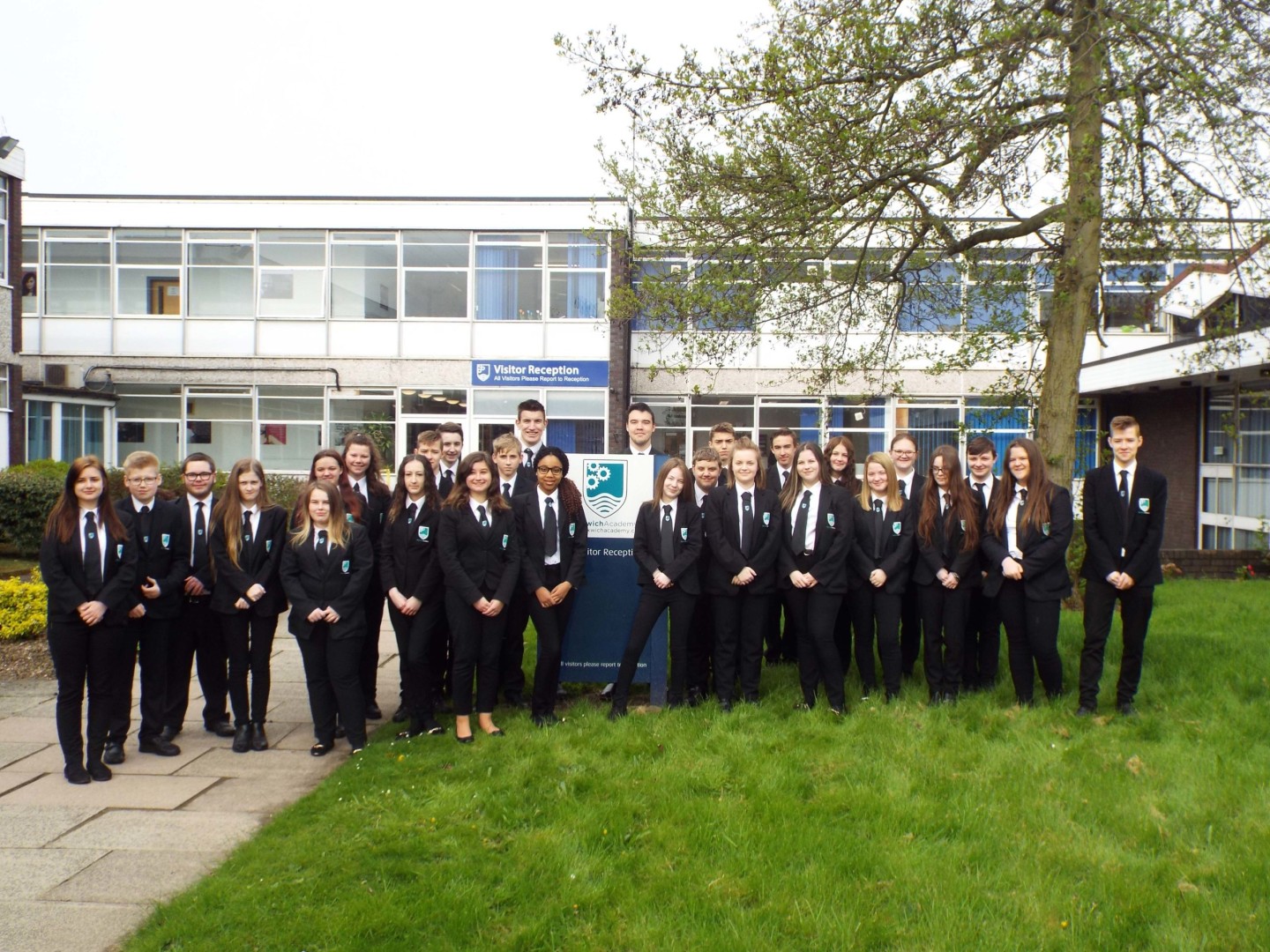 The application process to become a Bloxwich Academy Prefect in 2020 is now open.

Applications are due by Friday 13th March 2020.

Have you got what it takes?

What does the role entail?

How do I apply?

What is in it for me? 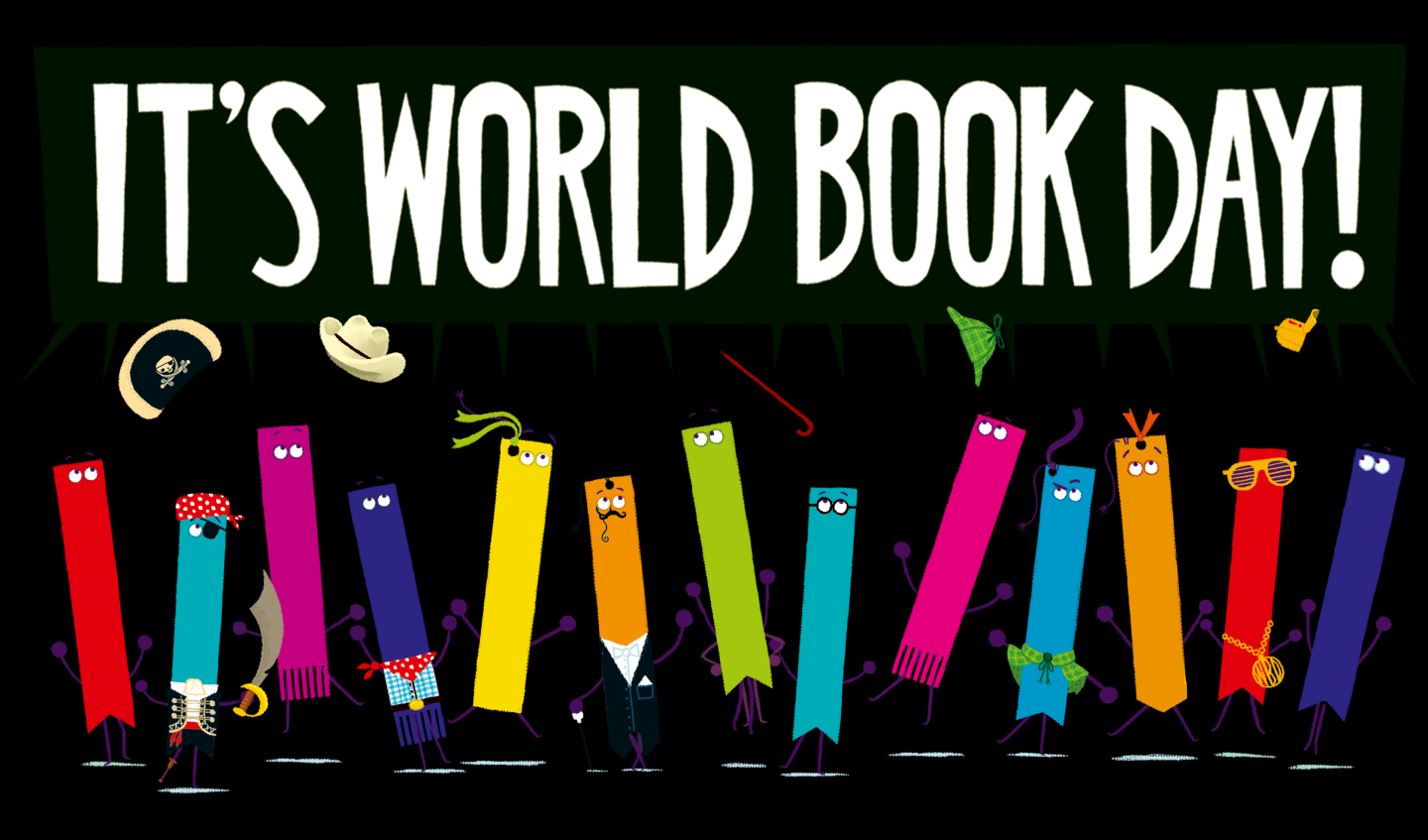 As part of our drive to promote and engage pupil interest in reading, the school will be participating in World Book Day on Thursday 5th March with the theme being Bedtime Stories.

On this special day, children are invited to come into school in their pyjamas and bring in their favourite bedtime story. This year’s World Book Day message is to share a million stories so with this in mind, the children will all be allocated reading buddies from different classes, and will share their much-loved story with each other.

Teachers will also swap classes and read to children from a different year group so that they can experience different storytelling techniques. 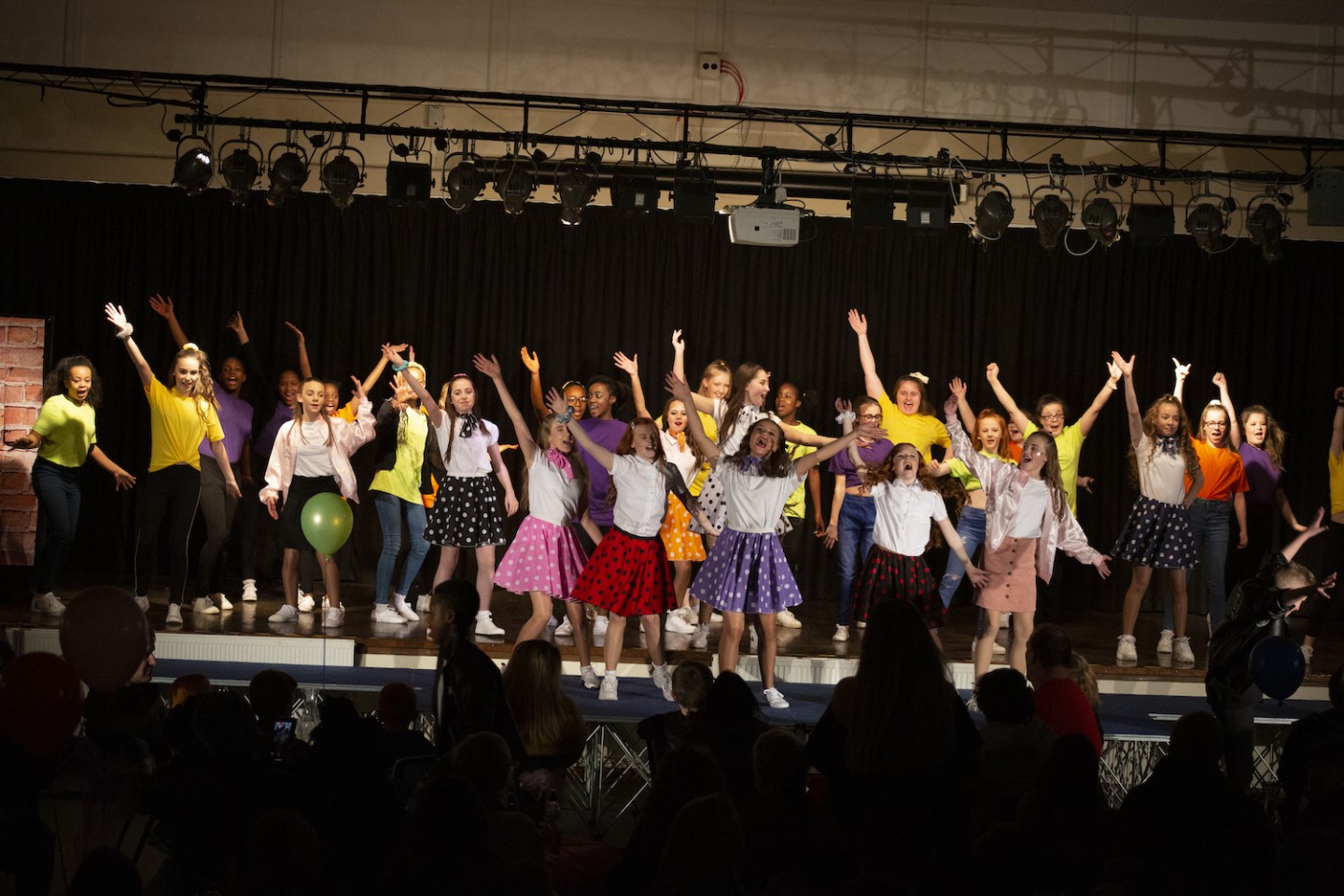 On the last week of term, pupils performed in the school production of Slick the Musical. Since the start of the academic year, pupils have been working on the production after school and the Performing Arts team are incredibly proud of the dedication and commitment they have shown to produce a fantastic show. A range of pupils from year 7 to 13 performed – with year 7 students playing lead roles. Both nights were a sell-out and we cannot thank you enough for your support. We are incredibly proud of the performers and are already excited for our next musical production! 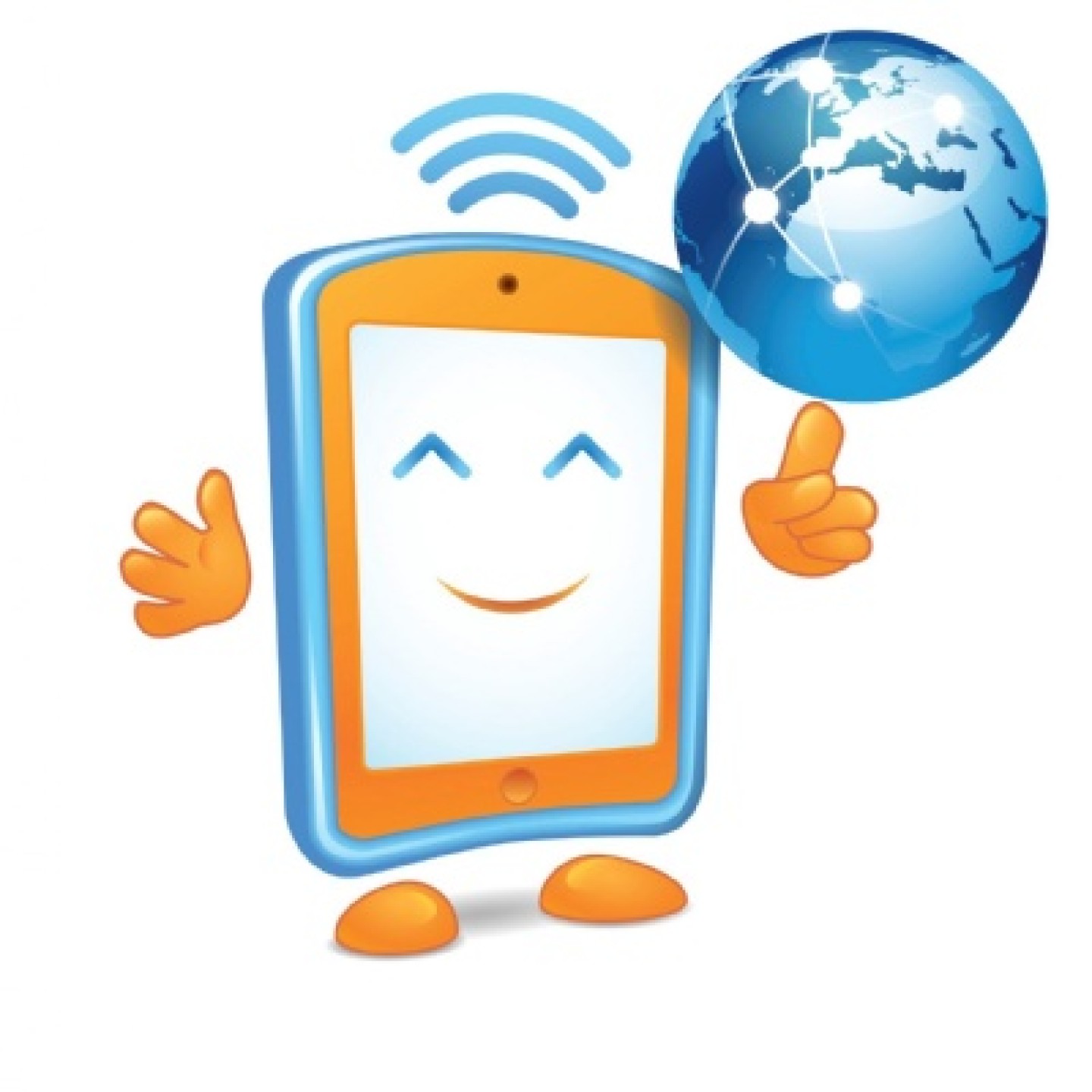 This week we will be joining the global Safer Internet campaign to promote the safe and responsible use of technology.   Safer Internet Day 2020 is taking place on Tuesday, 11 February 2020. The theme this year is “Together for a better internet”.

If you want to get involved or brush up on your eSafety knowledge head over to our Parent Platform where we upload guides on everything from what individual apps do to helping you have conversations with your children about eSafety.

Hope everyone had a great Easter!! Take a look at our latest Newsletter for Bloxwich Primary: https://bit.ly/3sHGFG4